Remembrance Sunday in Praze, near Camborne: lots of different local groups show their respect for the dead - not just from World War One, but subsequent conflicts too. Earlier this year, a local soldier from Horsedowns was killed in a helicopter crash in Afghanistan. Photos by Lisa Williams. 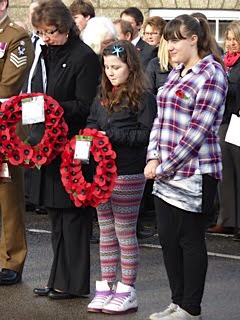 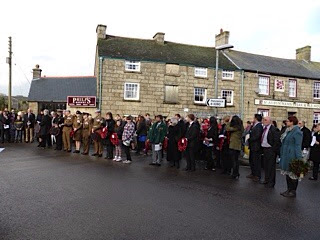 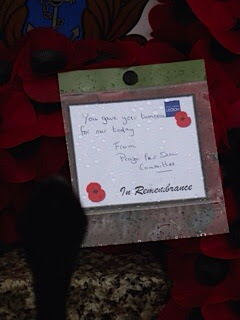 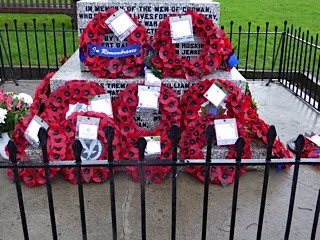 Two members of Praze Youth Club lay a wreath.
Just visible: a message from Praze Fair Show committee. 'You gave your tomorrows for our today.'

Posted with Blogsy
Posted by Susan Roberts at Sunday, November 09, 2014