Camborne Rugby Club marked the 100th anniversary of the start of World War One with a commemorative match last Saturday (15th November 2015). This was triggered by a cutting unearthed by our researcher George Harris at the Cornish Studies Library, Redruth. George discovered that Camborne Rugby Club had sent a rugby ball out to the front in 1915 and local men had organised matches between teams from Cornwall and Devon.
Here a bugle player from Camborne Youth Band plays the last post. 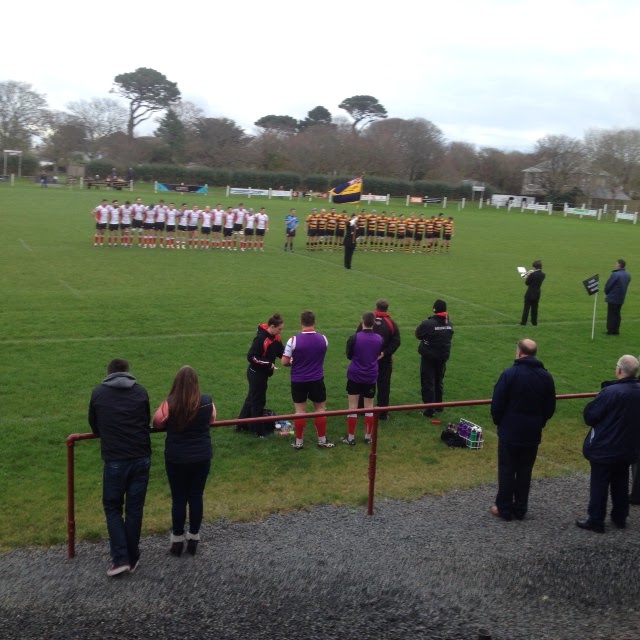