Visit to the Lochnagar crater and battlefields of the Somme

We've been working on World War One since 2014 but nothing prepared us - well, me at least - for the Somme battlefields. The horror somehow still persists. The Lochnagar crater (a failed attempt to blow up the German lines on 1/7/16) is stunningly big - you can tell from the size of the trees on the far side.
A few yards away are the fields that tens of thousands of soldiers ran across to their death. We know that William Gendall Jenkin and his fellow soldiers from St Agnes (click here for more) died near Fricourt. Cecil Calvert, Camborne School of Mines student, died near Albert after trying to rescue men trapped in a tunnel. But there were so many others whose stories will never be told. Tens of thousands of bodies were never recovered.  The Lochnagar crater was bought by an Englishman who was keen that it should be preserved as a reminder of what had happened and as a tribute to those who died. Until recently (when the last of the veterans died) there were men who visited this place annually on the anniversary of the battle and stood in silence to remember those who had been killed. 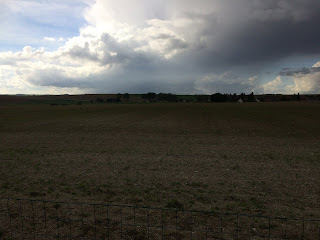 As you walk around the Lochnagar crater the number of names is overwhelming - but these are just  a tiny fraction of those who died. This man was a long way from home. 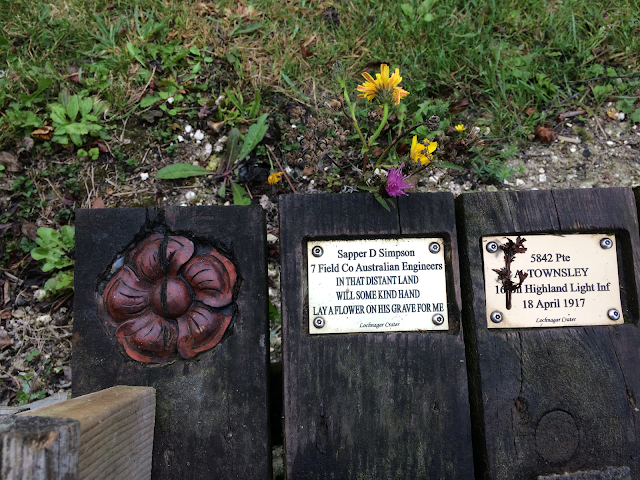 The Commonwealth War Grave Commission's graveyards are so impressive - visually and they are immaculately maintained. A photo as below is a stark reminder of what graves would have looked like at the time. Men were buried where they fell, with makeshift markers.  This is near Mametz Wood (not far from Fricourt). 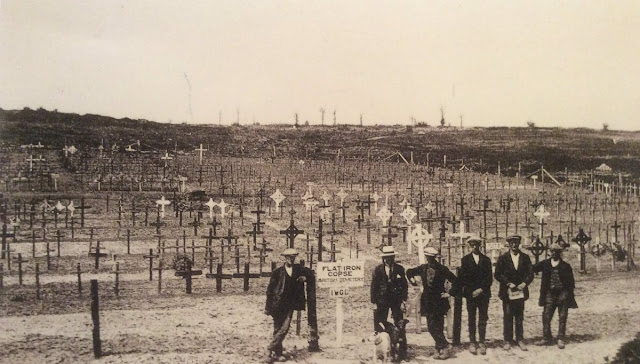 Medical kit from another age 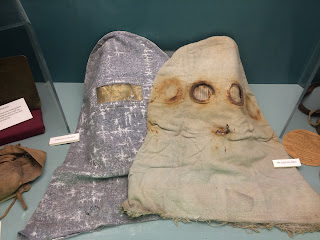 We've been researching more about medicine in World War One - as part of the next stage of Heart of Conflict, our work marking the centenary of the war.
A visit to the Museum of Military Medicine in Aldershot was interesting.  In one sense, 100 years ago isn't that long - we've been working with people whose fathers were in the conflict.
But the gas marks in particular looks monstrously unfamiliar.  The horror of gas warfare took our army by surprise. 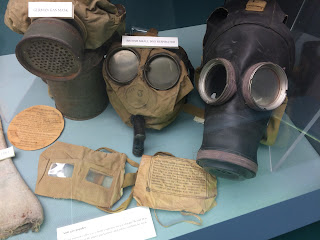 Email ThisBlogThis!Share to TwitterShare to FacebookShare to Pinterest
Labels: Museum of Military Medicine 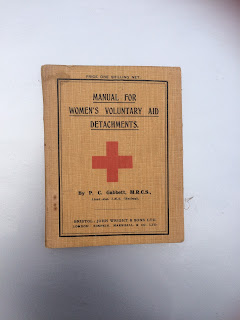 It was very kind indeed of Tracy Buckenham of Roche, Cornwall, to get in touch recently. Tracey had recently bought a load of books at a sale and found this Manual for Women's Voluntary Aid Detachments in its midst.  It wasn't of great interest to her - but she realised that someone keen on the subject in that period would be really interested.
She googled World War One in Cornwall and eventually found us - and in particular Valerie Grigg, who lives in Camborne and who has worked so hard on our project marking the centenary of the War - Heart of Conflict.
Valerie has a particular interest in nursing as she was a nurse herself for 40 years. She gave a talk at the Royal Cornwall Museum, Truro, on nursing during World War One last April while our Heart of Conflict exhibition was there.
A huge thank you to Tracy who drove down to Chiverton Roundabout to meet us and give the book in person to Valerie. It meant such a lot to Valerie. 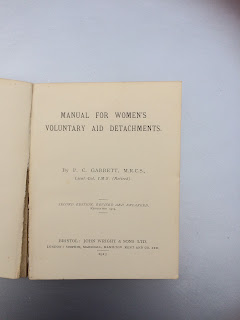 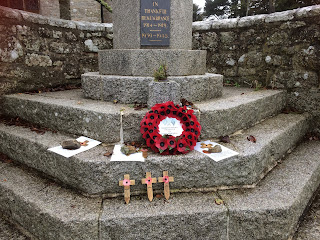 Was impressed to see these memories of Passchendaele on the war memorial at Stithians, Cornwall. Between July and November 1917 - exactly 100 years ago - more than 500,000 men were killed or maimed, gassed or drowned in one of the worst battles of  World War One.
It was an aptly wet and forlorn morning and the papers were weighted down with stones. 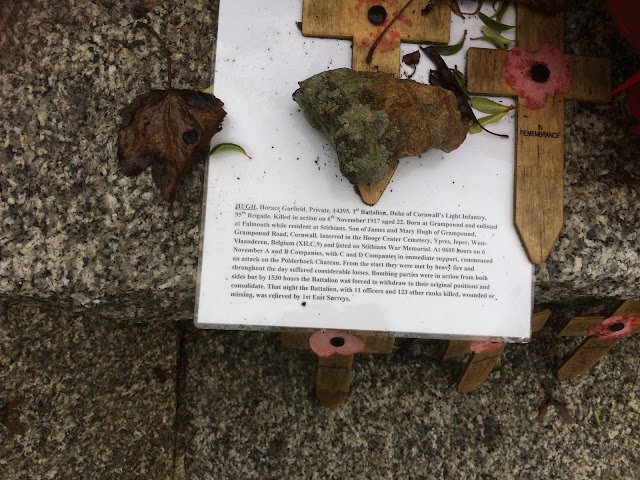 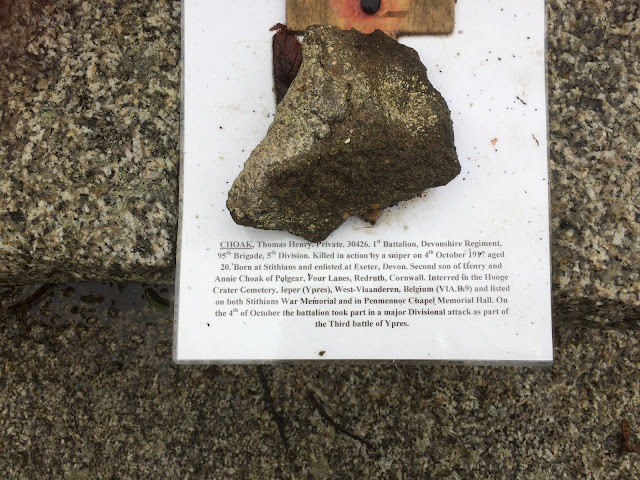 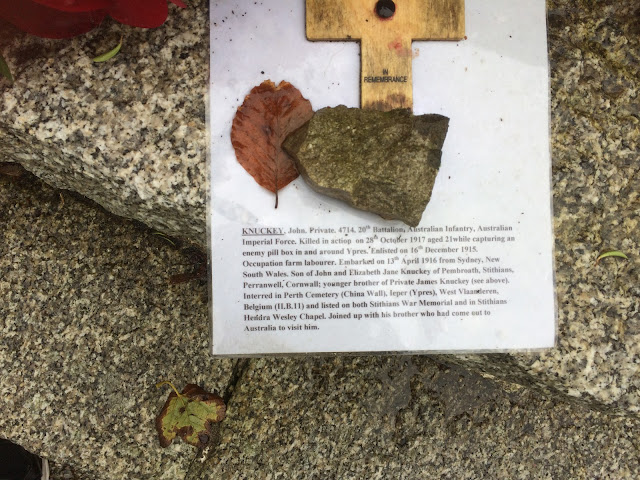 A panel from our World War One exhibition Heart of Conflict will be on display at Stithians Church. It's the research uncovered with the help of local Duke of Edinburgh student Rhiannon Stevenson who researched the history behind a local grave.  Stithians' vicar Fr Simon Bone held a service last November to honour this grave.
Posted by Susan Roberts at Thursday, October 26, 2017

Discovered these images at the Museum of Military Medicine in Aldershot.... We're going to be researching the 25th Field Ambulance in World War One (which so many men from Cornwall joined) as part of Heart of Conflict as the anniversary of the end of the war approaches.  It was great to find these pictures giving a glimpse of what everyday life must have been life (each has its own caption). Though these are highly sanitised images, of course... The reality would have been far from photogenic. 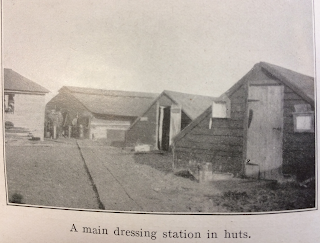 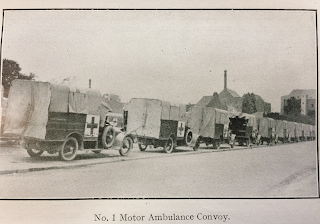 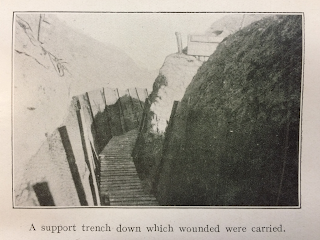 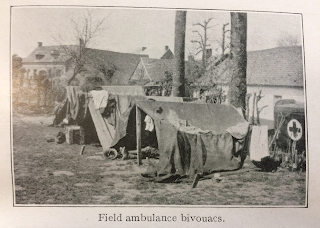 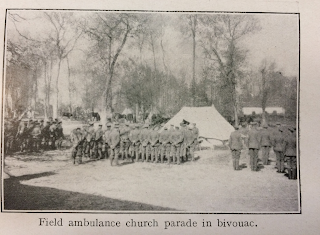 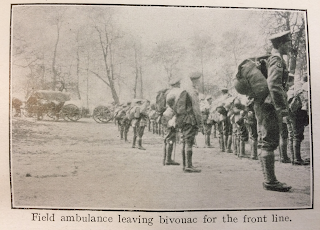 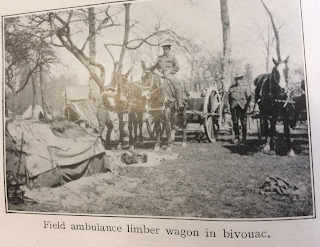 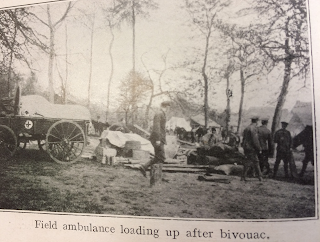 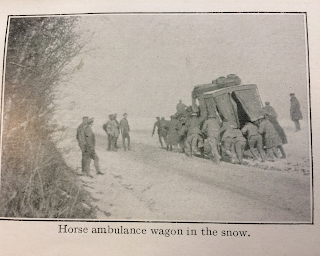 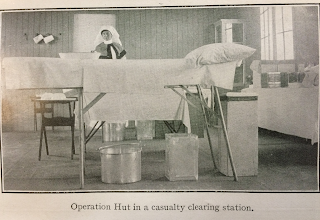 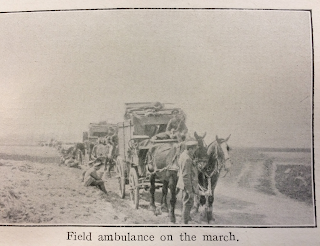 Poetry is an act of peace

A lovely blog post from Jenny Alexander, who ran an inspiring poetry workshop at our exhibition Heart of Conflict at the Royal Cornwall Museum, Truro last June. Click here to read. 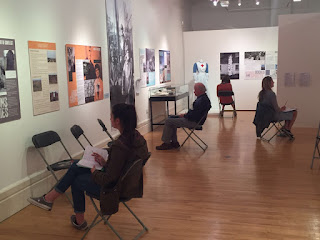 We're looking forward so much to working with Jenny over the next 12 months (as the centenary of the end of World War One approaches).
Posted by Susan Roberts at Thursday, October 05, 2017