News from the tireless and dazzlingly energetic Bob Nightingale, who runs the London Legal Support Trust (LLST). The LLST raises funds which go to organisations hard hit by legal aid cuts, in particular those that provide specialist advice to vulnerable people. Its annual sponsored walk raises hundreds of thousands of pounds. 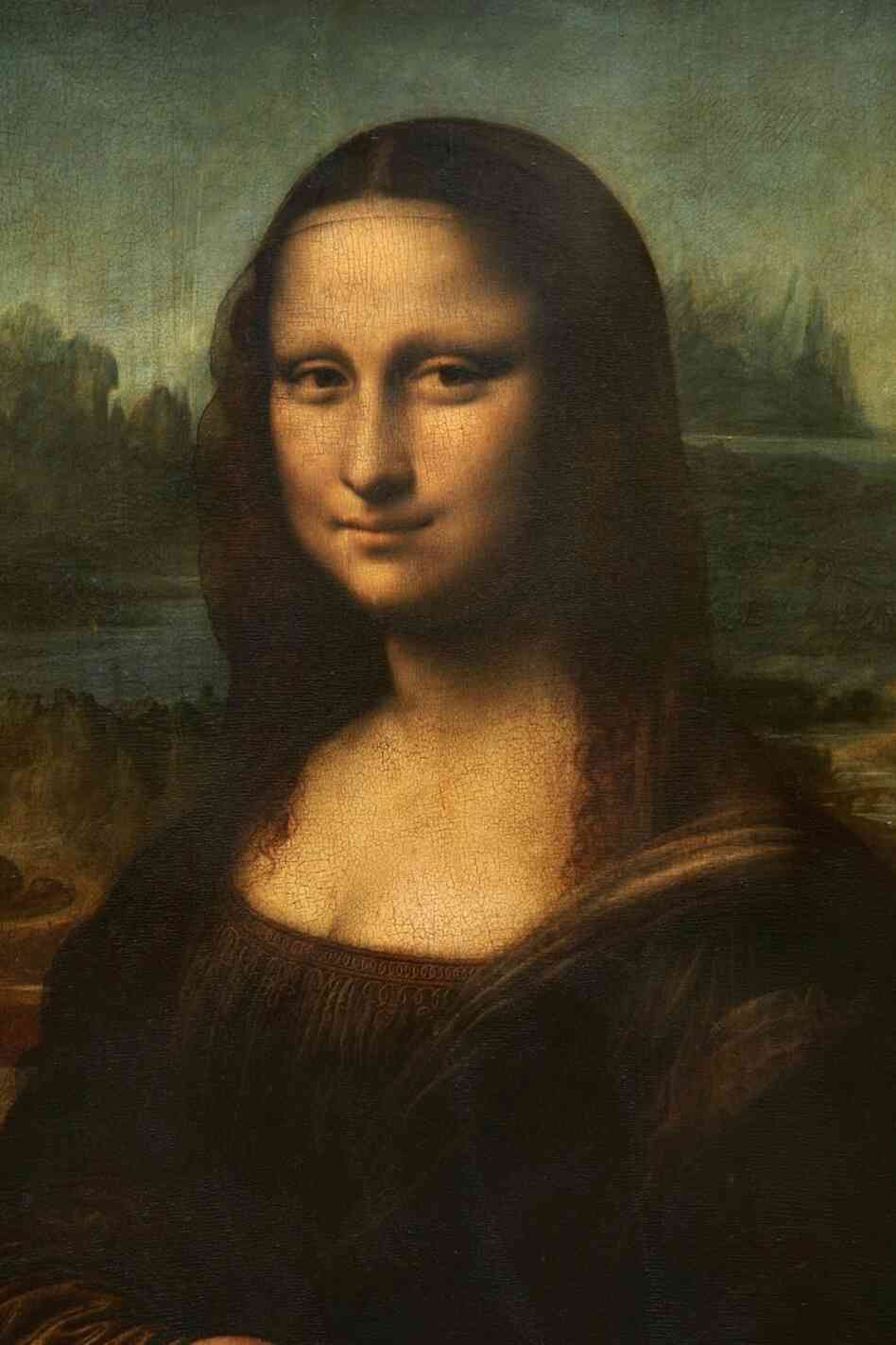 Bob has emailed about a lesser known LLST event - its art competition. Work goes on display in central London: the prizes are fairly substantial....:
"The LLST art competition is open to any artist (including sculptors). The theme is “Injustice” and submissions must be in by 31 May 2014. Selected entries will be displayed and on sale at our Art exhibition at “La Galleria” art gallery in Pall Mall from 29 September to 3 October 2014.
For full details and entry form click HERE"

Bob is illustrating his competition email with the Mona Lisa - clearly hoping for the next Da Vinci....

One of the most interesting aspects of our  Heart of Conflict project is the range of media that we are uncovering and that we might work with.

We're keen to build on this and create audio recordings of our own, preserving people's stories and histories on an online archive. With this in mind, I met Tim Robins who runs Azook based in Pool (near Redruth), supported by the Heritage Lottery Fund. 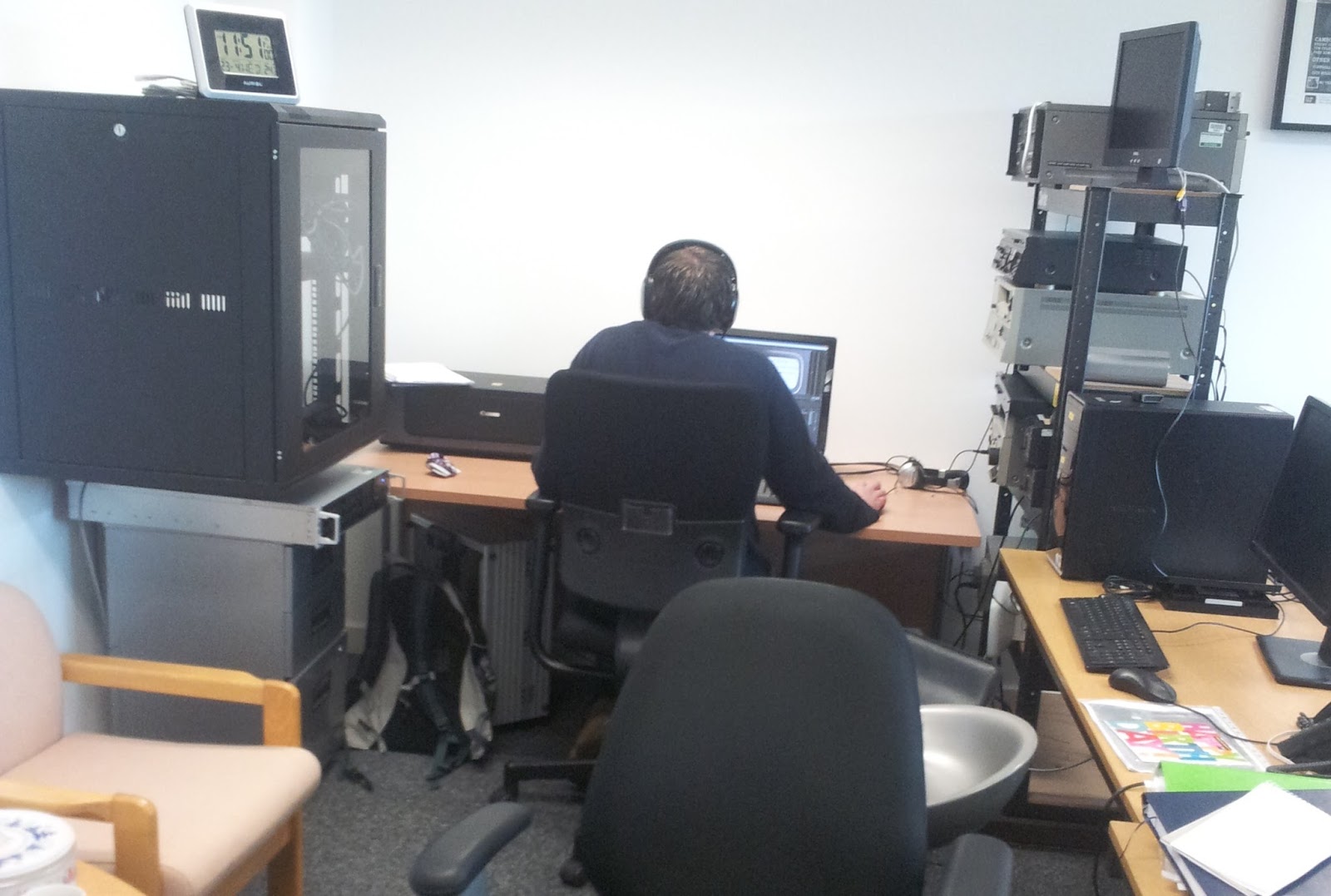 Azook archives video, audio and picture records to create an online resource called 'Cornish Memory Archives' The project lasts for three years and is half way through. 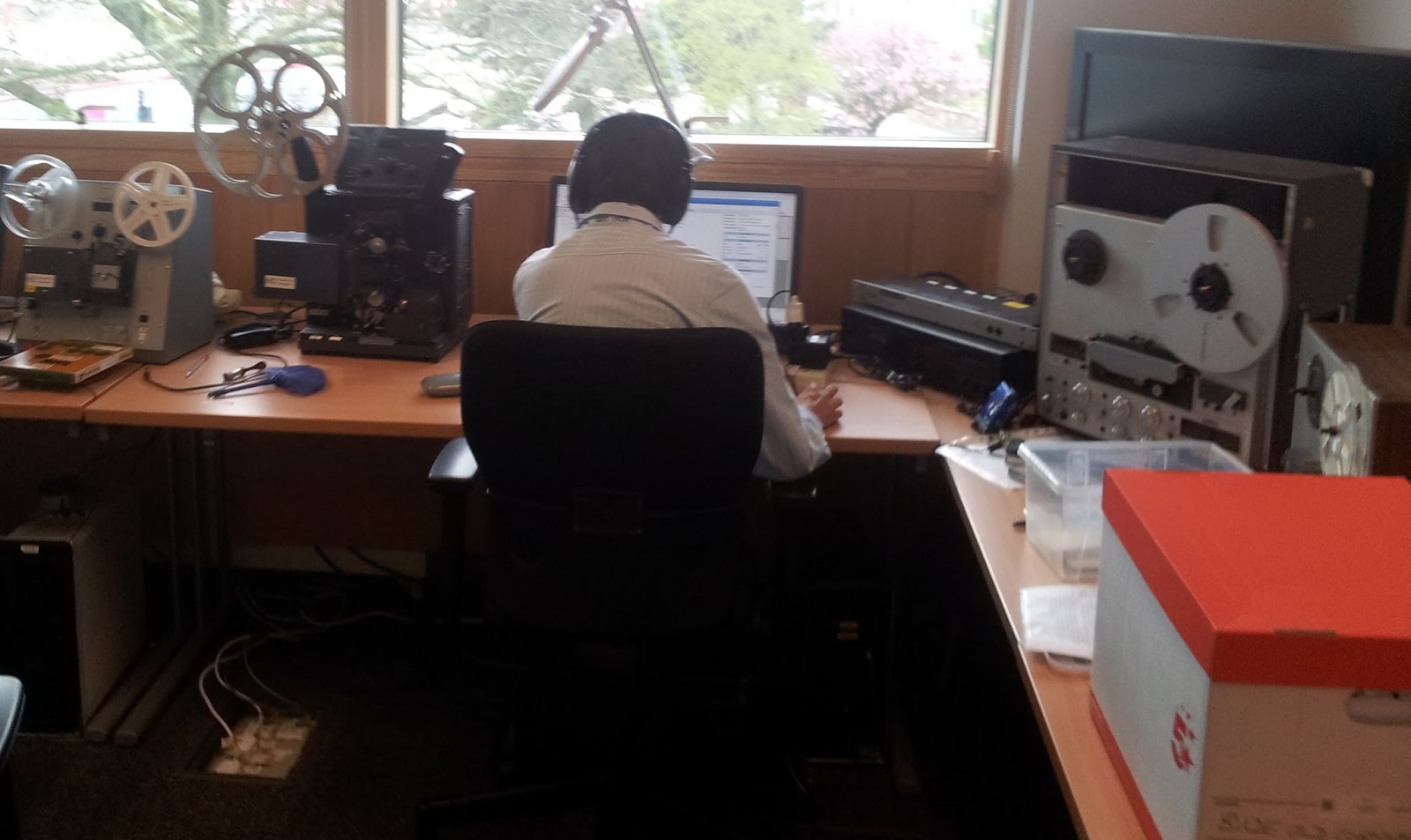 Each item is documented online by a team of volunteers and then added to a map of the county.

This makes it easy to explore the unique traditions and heritage of every village. It is also possible, and I'd like to look at this in more depth, to see how and when ideas spread from area to area. As more and more material is put online, it will be fascinating to see how news of the First World War spread from region to region.

Tim showed me some of the remarkable material they are working with. Perhaps the most striking thing for me was to see old photographs of the airbase at Mullion during WW1 with air ships floating along the Cornish coastline. 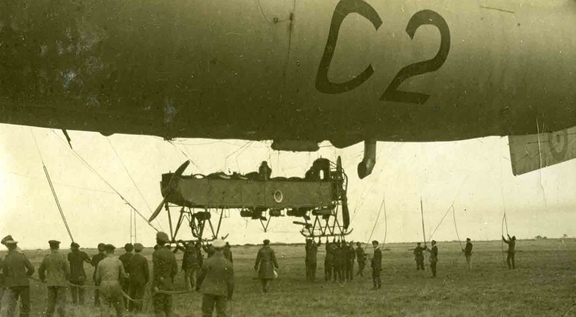 Azook loans out equipment and gives free training. I'm really excited about working with them on Heart of Conflict
Posted by George Harris at Monday, April 28, 2014

Memories of the Future

Good to hear from Nela Milic, who worked with Bridging Arts on Srebrenica Now (in 2005 - marking the 10th anniversary of the genocide in Srebrenica).
She's speaking at a conference over the Bank Holiday weekend at Chelsea College of Arts: Memories of the Future ... "In the aftermath of Middle East revolutions and the current protests against capitalism around the world, I have been reminiscing about the Serbian uprising in ‘96/’97, which was an attempt to overthrow the dictatorship of President Milosevic after he annulled elections because of the victory of the opposition party. Ashamed by the unsuccessful outcome of their protest, the people of the capital Belgrade, have never produced an archive of photos, banners and graffiti which emerged during these demonstrations. Scarce information on the Internet and the inability of the media to publish the data gathered during the protest has left the public without the full account of the uprising. My project is that archive – an online portal of images, leaflets, badges, flags, vouchers, cartoons, crochets, poems etc, a digital record of the protest available to participants, scholars and the public."

Nela Milic is an artist and academic.  "As a practitioner, I delivered projects for John Lewis, Oxo Tower, Light Gallery, NFTS, Miramax, Film and Music Entertainment, Film Four, Raindance, LIFT, LFF. Currently, I am teaching an MA in participatory arts and BA modules at Media and Performing Arts School. More about my research can be found in the book 'Audiovisual Media and Identity in Southeastern Europe', edited by E. Pistrick, N. Scaldaferri & G. Schwörer (Cambridge Scholars Publishing, 2011)."

We have signed up to Easyfundraising. This is a ridiculously easy way of supporting Bridging Arts.
If you would like to try it, just go to this page.
You can 'go shopping' via this page, i.e. buy things from a range of retailers who have signed up to the Easyfundraising scheme.
Find Bridging Arts via the search box and sign up to say that this is the charity you wish to support.
Then instantly, effortlessly and almost miraculously you can buy from e.g. Amazon and a percentage of your purchase goes straight to Bridging Arts from the retailer.
We're talking about small amounts, but we're a small charity and small amounts can make a real difference.
It's really is easy, and certainly worth giving a try.
Posted by Susan Roberts at Friday, April 25, 2014

People are so used to seeing monuments in public spaces they don't really look at them closely.


For example, Paternoster Square in London was designed around a monument as its central point. However, it doesn't commemorate anything. It is just part of the design. I was interested to read on Wikipedia that the monument serves as a ventilation shaft for a service road that runs beneath the square.

I was talking about this to a friend who mentioned the work of James E. Young. Young argues that monuments 'absorb the responsibility of memory', that they take the burden of history from us and soak it up so that we don't have to carry it around with us. I wonder how guilty we are of this emotional displacement, or whether it is a good thing that we don't carry the weight of history with us.

What is beyond doubt is that people should be aware of what and whom a monument stands for. The brutality of the First World War is almost impossible to comprehend, given the scale of the bloodshed and the terrible loss of life.

That is why The Heart of Conflict is important. We will use the names on monuments as a starting point for the project. Each name listed is a person, an individual, with a unique story that needs to be explored and expressed. 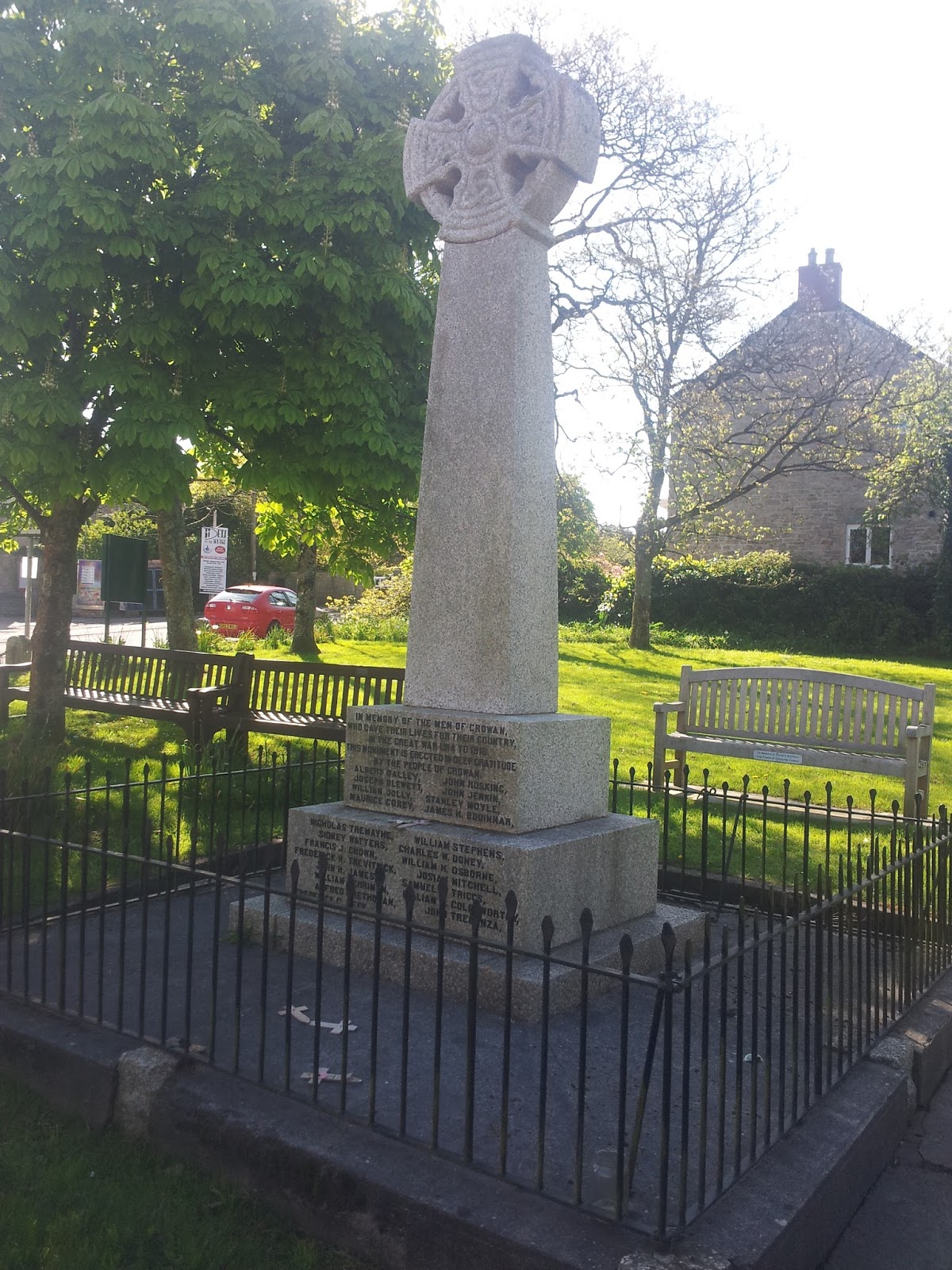 I visited the Cornwall Studies Library in Redruth to meet the head librarian. The library has a comprehensive record of local newspapers and will be an invaluable resource for the Heart of Conflict project. The shelves are full of stories for us to uncover.

Interestingly, they also have an exhibition space that Bridging Arts will use next year. Besides paper records, the library has an excellent collection of transparencies and the equipment to view them. Definitely worth a visit. 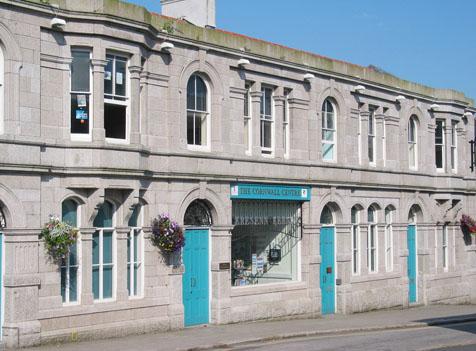 I travelled to Hayle to meet local man, Chris Tenby. Mr Tenby's father served in the First World War,  an experience that he never spoke about when he returned home. He was hit in the leg by shrapnel at the front in 1917 and was hospitalised in Sheffield until 1921. Doctors worked intensively on his wound by immersing it in hot and then cold water to get circulation going. Although he was never able to bend his injured leg,  he returned to his business in Cornwall and lived into his nineties.

Mr Tenby was 17 years old when the Second World War began and joined the Royal Navy soon afterwards. He served across the world for four years - from Malta to South Africa - and has some remarkable stories. I asked him what he remembered most, 'The good times mostly'. And there were plenty of 'good times' amid the horrors of war. Trading cigarettes for cigars in Singapore and buying ice cream in Italy unwittingly with the equivalent of a one hundred pound note! Apparently, the shop assistant was gone for twenty minutes to get enough change. 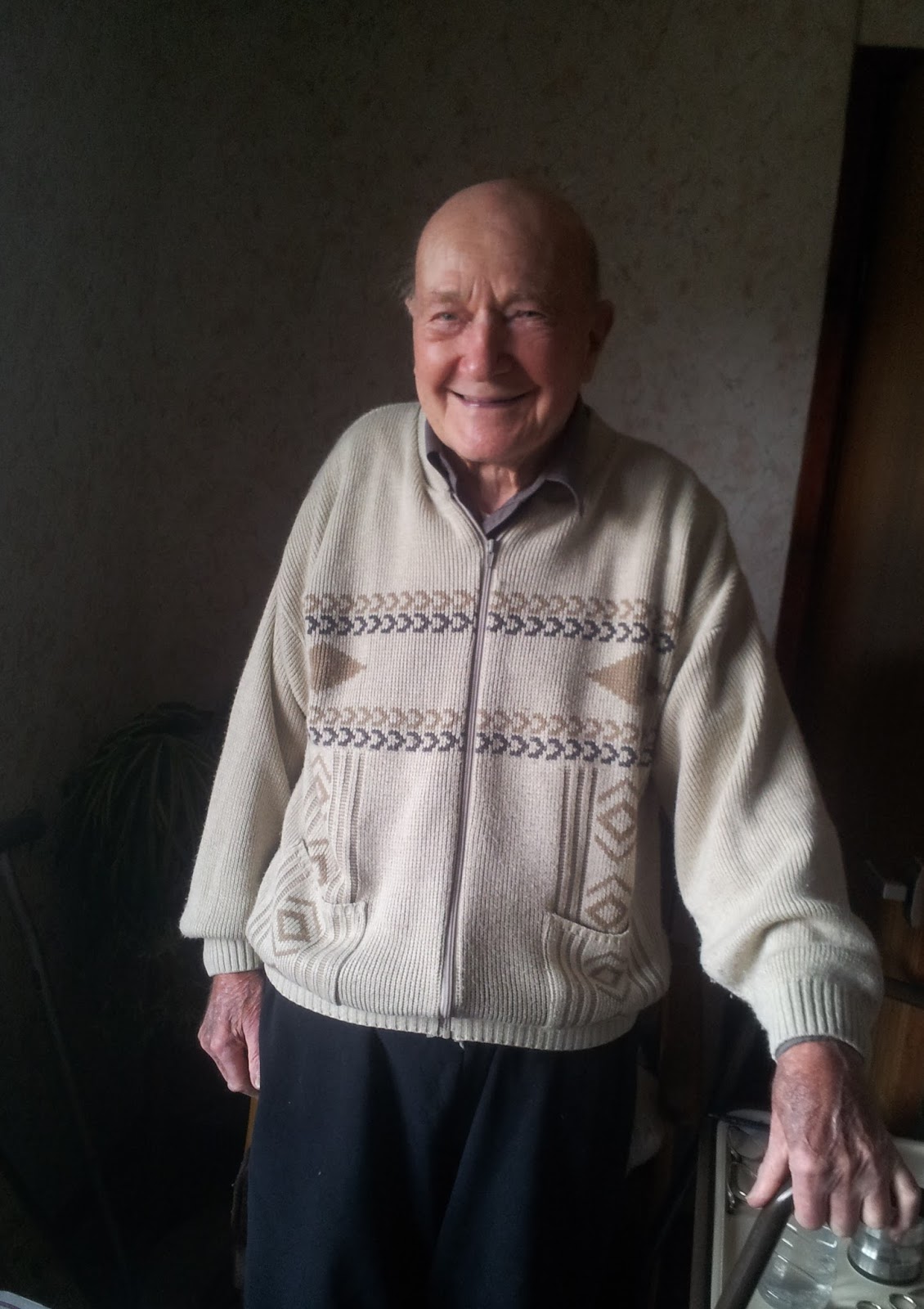