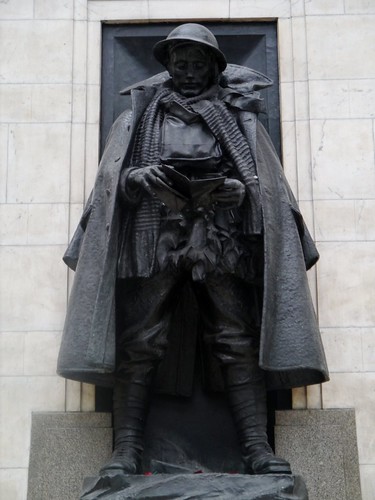 At 11am on 11 November, 2014, London's Paddington Station fell silent for two minutes.
It was a moving ceremony next to the statue by Charles Sergeant Jagger on Platform One. The soldier, who is reading, is caught in a moment of reflection -- all the more poignant because the station is so busy.
This morning we remembered men who worked at Paddington who had died in battle over the past century, not just World War One.

Apparently 6,000 people gathered when the statue was originally unveiled. There were nowhere near that number this morning, but there were a couple of hundred. The station itself is cathedral-like. It was a memorable service. 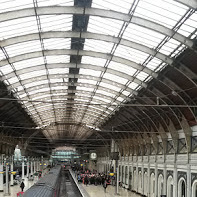 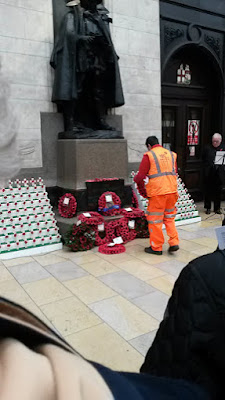 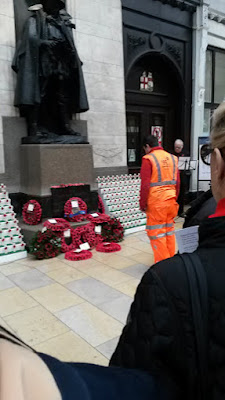 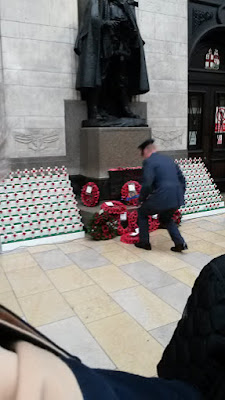