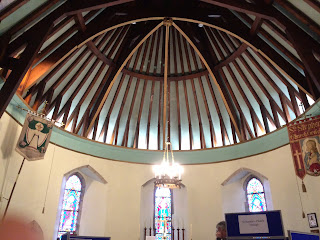 Visited Treleigh Church, near Redruth, this morning where local historian Paddy Bradley (who has helped us so much with Heart of Conflict, our work on World War One) has set up an exhibition to mark the 150th anniversary of the church.  Fascinating - as ever. The church a spectacular example of mid 19th century architecture.
An unexpected surprise is the altarcloth which is famous for the standard of its needlework depicting a local landscape with mine chineys and engine house. We can't see the golden gorse at the centre as it's Harvest Festival and the sheaf of corn is hiding it. Worth coming back to see. 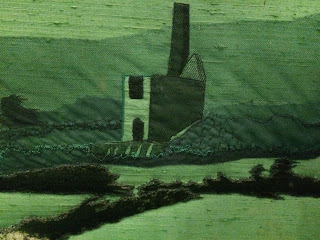 Outside in the church hall - what a splendid display of cushions. Very cheerful. If they all matched, it wouldn't be half as inviting. 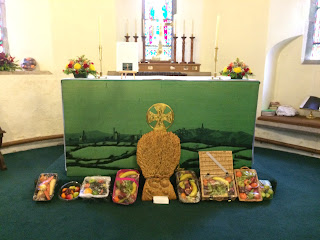 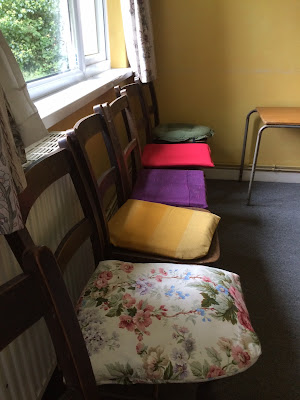