Visit to Paddy Bradley, Redruth, and an unknown soldier's medal

Always fascinating to see Paddy Bradley's wonderful collection of photographs in Redruth. Paddy specialises in anything to do with Redruth  - and he has whole albums about rugby in the town, in particular the 1913-14 team which we'll feature in Heart of Conflict, our exhibition at the Royal Cornwall Museum, Truro, opening in December.
Percy Lidgey, who played in that side, never returned from the War.

Paddy also has a medal that an acquaintance has given him. It apparently was awarded to J.C. Trengrove. Paddy's friend doesn't know the history - and it is apparently of no family significance. But we can research the story behind this. It would be too bad to think that this soldier might otherwise be forgotten. 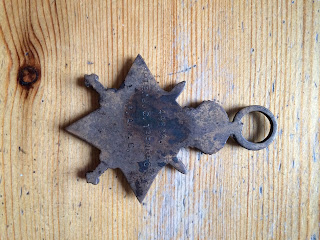 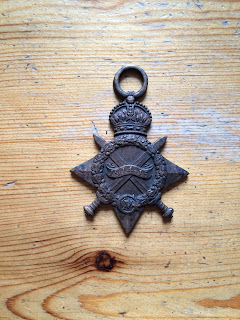