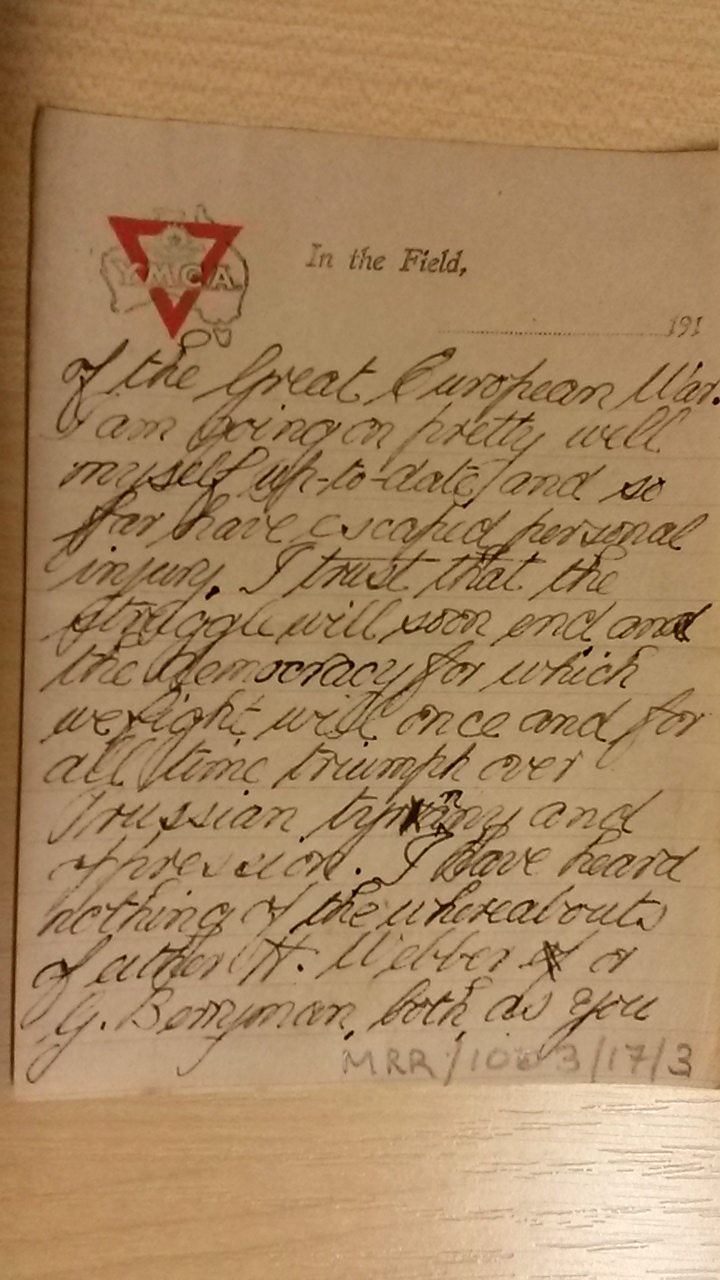 An early visit to the County Records Office, Truro, to look further at letters written from the Western Front to the minister at Redruth Wesleyan. We saw these letters when we visited earlier this week.  Chloe Phillips had put them on display because of their local interest, and also because they were written from various points around the world, not only from France.

There are 30 in total, so it was a question of sifting through to find letters of particular interest and relevance to our volunteers.  Left: a page of a letter from Chester Trelease, who was, sadly, killed in combat.

We are keen to find out more about these young men from Redruth Wesleyan who signed up so readily, early on in the War.