Shock to see list of fallen at Redruth Wesleyan Chapel

After reading the letters written to the Redruth Wesleyan minister from soldiers at the Front, I just had to go along this morning to the Chapel for its early morning service.

Something of a shock outside to see - immediately  - a list of the fallen. 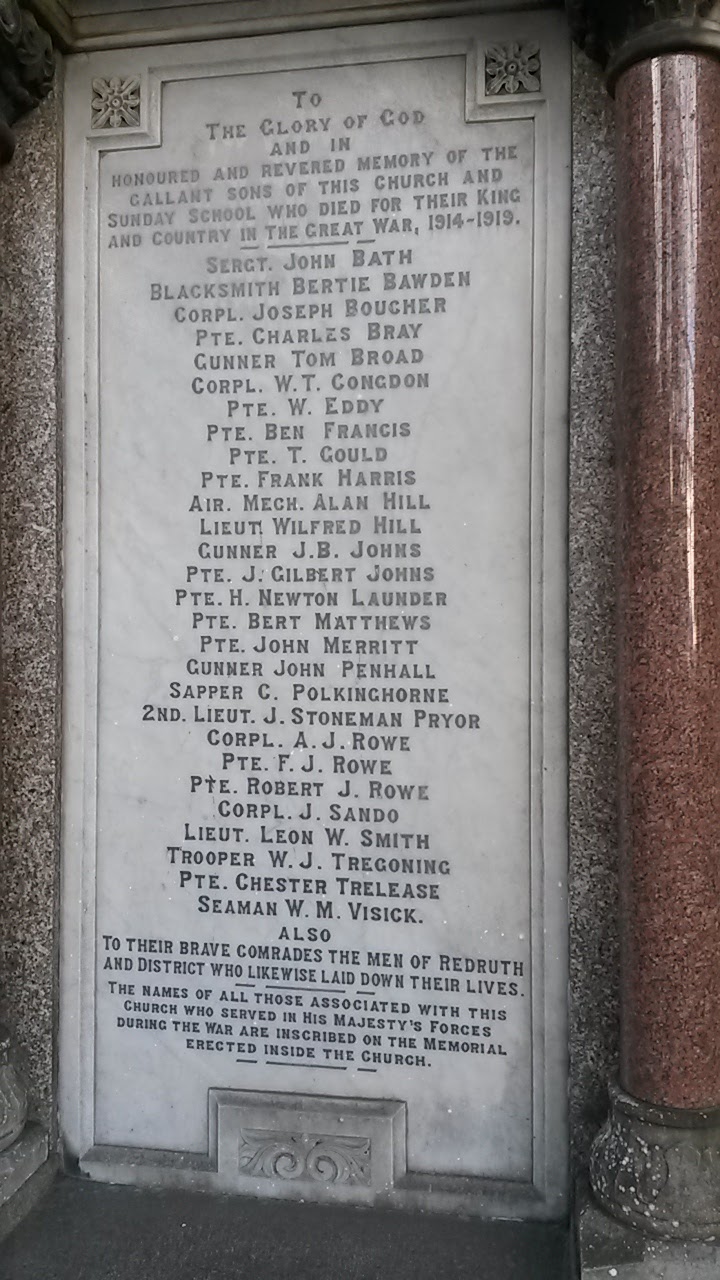 No fewer than 180 members of the Sunday School and the Young Men's Bible class at the Chapel signed up.


This seems a huge number: but Redruth was a large chapel. It is still extremely impressive.


From outside it looks like a huge ship: unmissable from the station and something of a landmark as you leave west Cornwall by train. 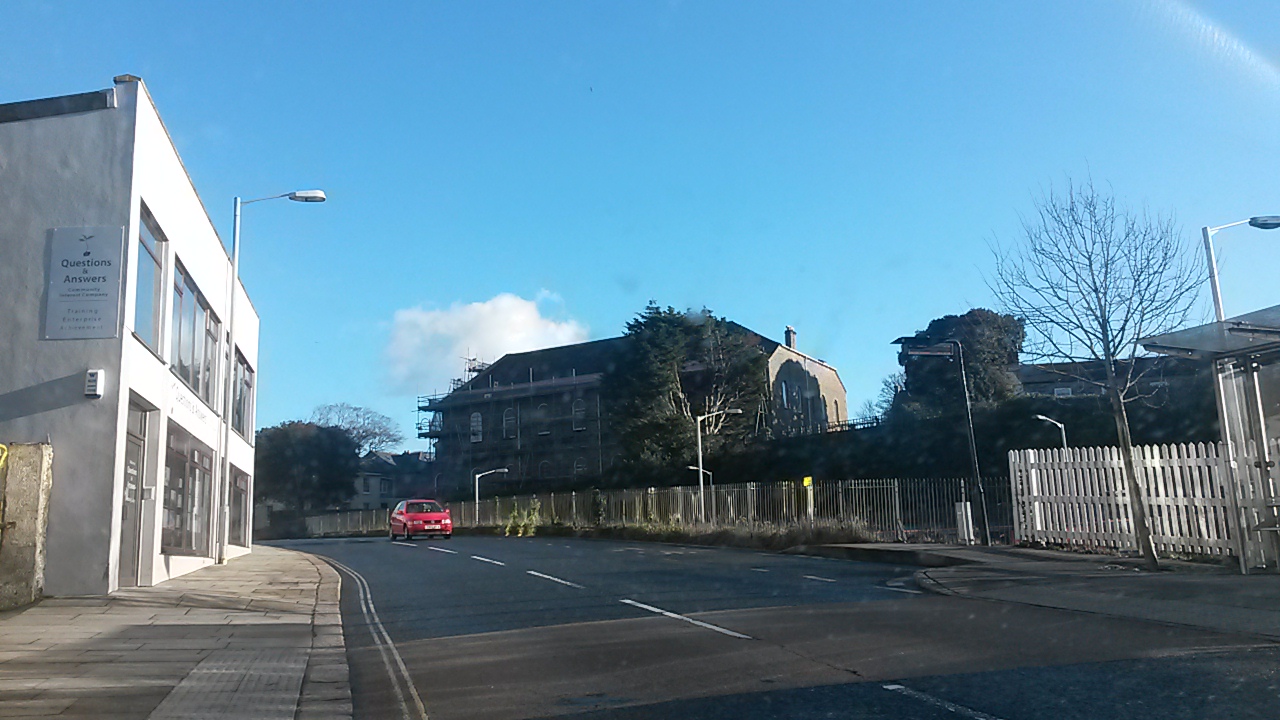 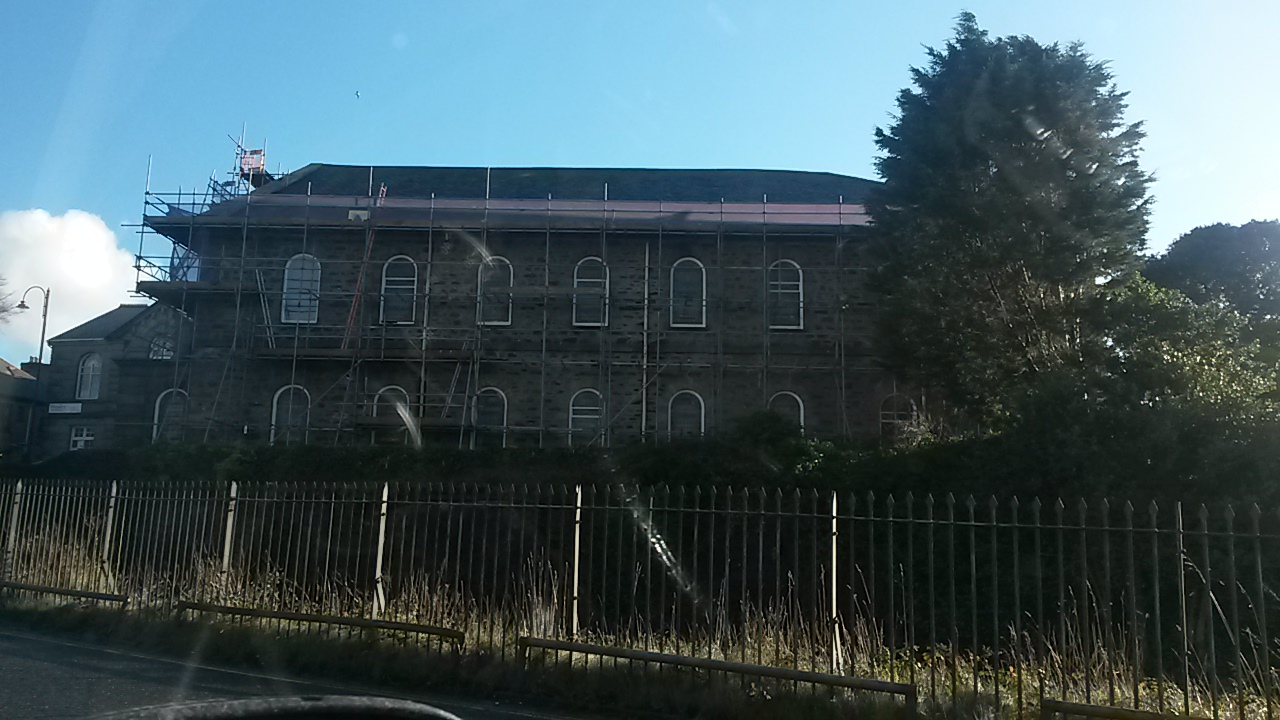 Inside, there is a brass plaque with the names of everyone who served, with a central panel listing those who died.  It is beautifully polished and maintained. I spot the names (in the list of fallen) of at least one man who wrote a letter to the minister - Chester Trelease. 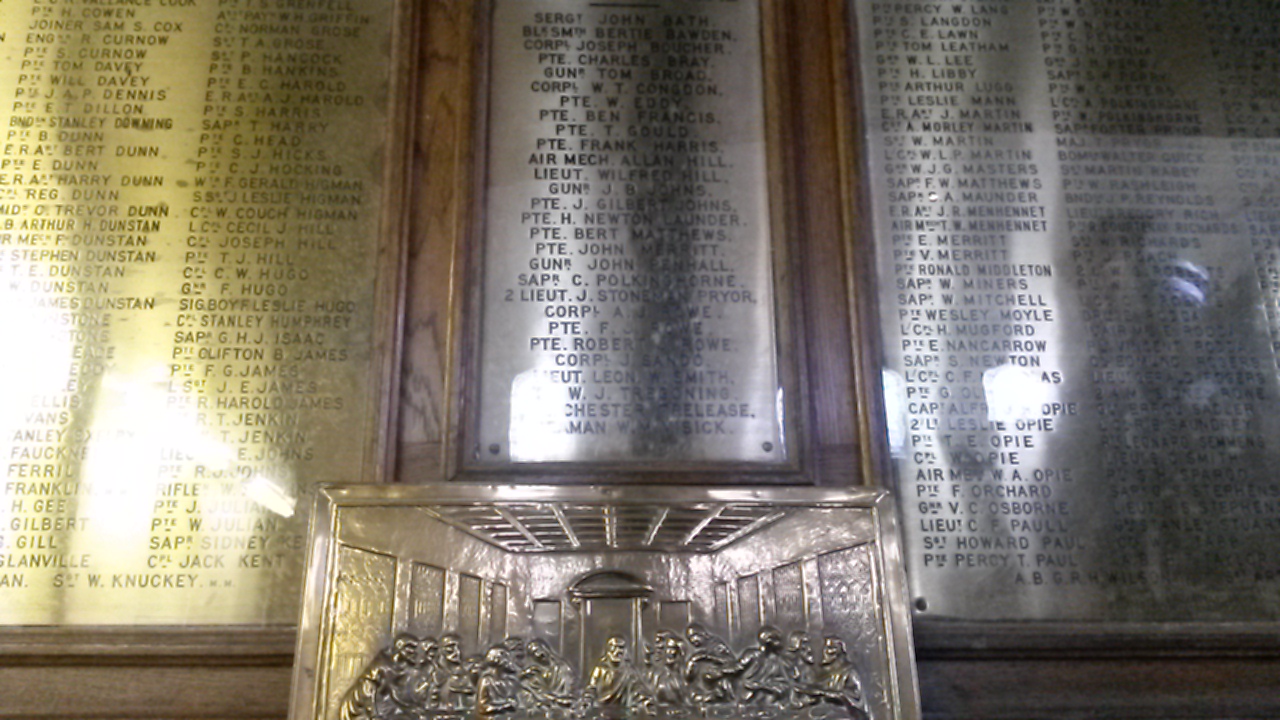 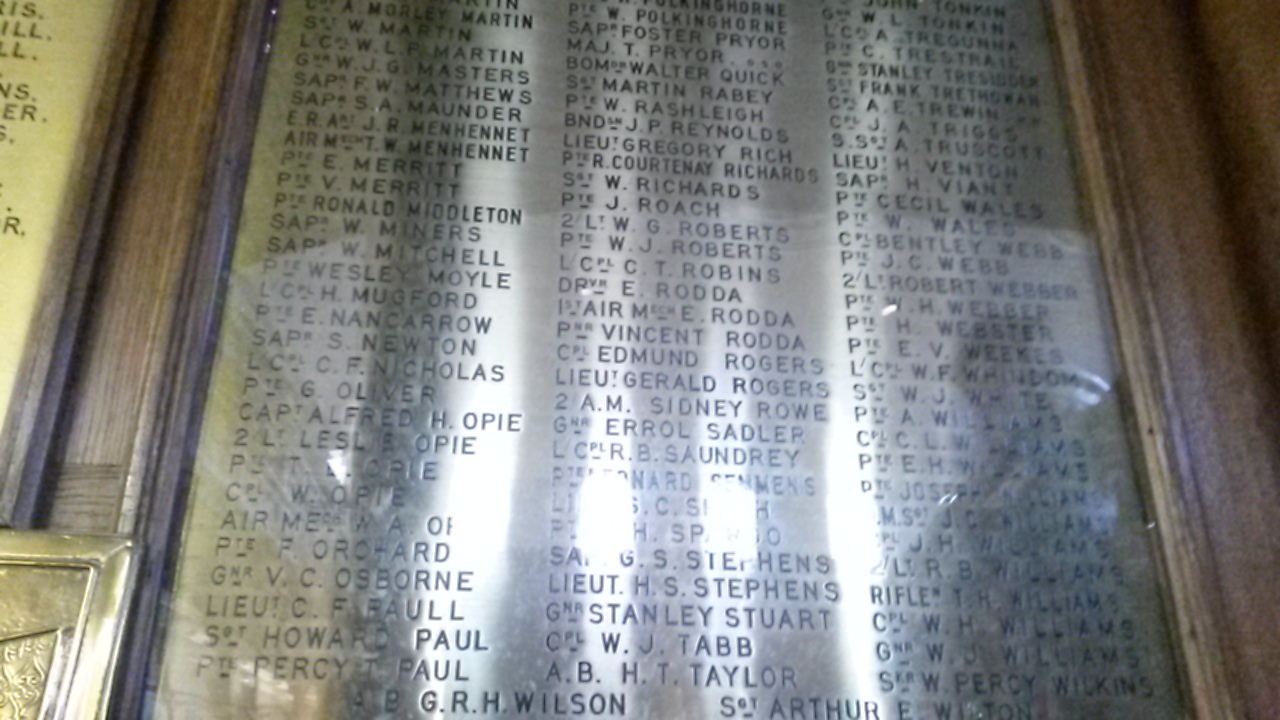