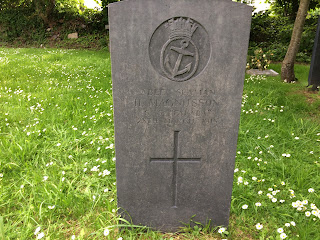 Fascinating to visit the graveyard at Gwithian Church  - and to find graves of people buried  far from home. We're very grateful to Roger Hoefling who has made an indepth study of mercantile marine deaths in World War One and provided background to this.

The grave of Able Seaman H. Magnusson who drowned at sea is under trees at the back of the graveyard, alongside others who died at sea in World War One.

Magnusson died when SS Falaba was sunk on 28 March 1915.  The Falaba was a 5,000 ton British passenger cargo ship and was torpedoed by a German submarine.  The sinking resulted in 100 deaths.

Many of the bodies washed up on Cornish beaches, as is noted in this clipping....

Next to Magnusson's grave is a simple cross to a French sailor.  As yet, we have no background about him. 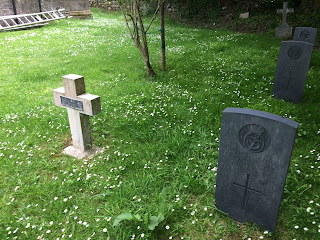 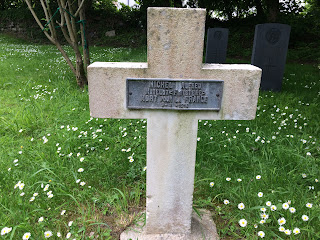