Memoirs of an Infantry Officer

After so much work researching World War One and looking at photographs - it's a revelation to read writing about the war - Memoirs of an Infantry Officer by Siegfried Sassoon. It's not quite fiction, and not quite a straight autobiography (he wrote it several years after the war).


But some of his observations are chilling. This for example of a night in the hospital with a mortally wounded man in the bed opposite (shielded by screens) after the carnage at Mametz wood.

"Someone called Dicky was on his mind, and he kept crying out to Dicky. 'Don't go out, Dicky, they snipe like hell!' And then. 'Curse the Wood.... Dicky, you fool, don't go out!'....All the horror of the Somme attacks was in that raving; all the darkness and the dreadful daylight...."

Earlier he comments on press coverage at the time:


"A London editor driving along the road in a staff car would have remarked that the spirit of the troops was amazing. And so it was. But somehow the newspaper men always kept the horrifying realities of the War out of their articles, for it was unpatriotic to be bitter, and the dead were assumed to be gloriously happy." 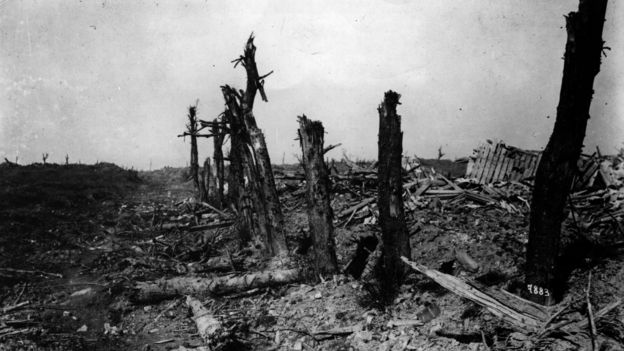