A visit to the church at Sancreed - a long way from Camborne/Redruth but there's a link with a famous Cornish artist, known across the county and of course beyond. 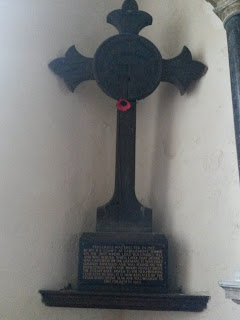 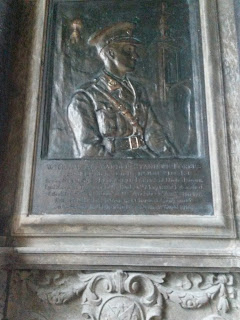 He was killed weeks after arriving in France in 1916. His father had painted a portrait of him before he left, but the paint had not dried by the time of his death.

This cross was erected where he died on ground subsequently lost to the Germans. When the position was re-taken, the cross was found intact and eventually transported back to Sancreed. 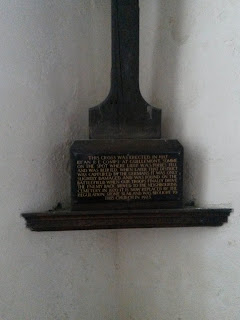 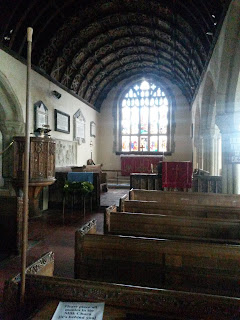