A real treasure trove of ideas and drawings from children at St John's Catholic Primary School, Camborne, west Cornwall. We visited them earlier in November (2021) to talk about migration - people on the move. Anyone might need to leave home to find work.

We left cardboard cut-out suitcases with them and asked them to draw what they would take with them if they had to leave home for a long time. 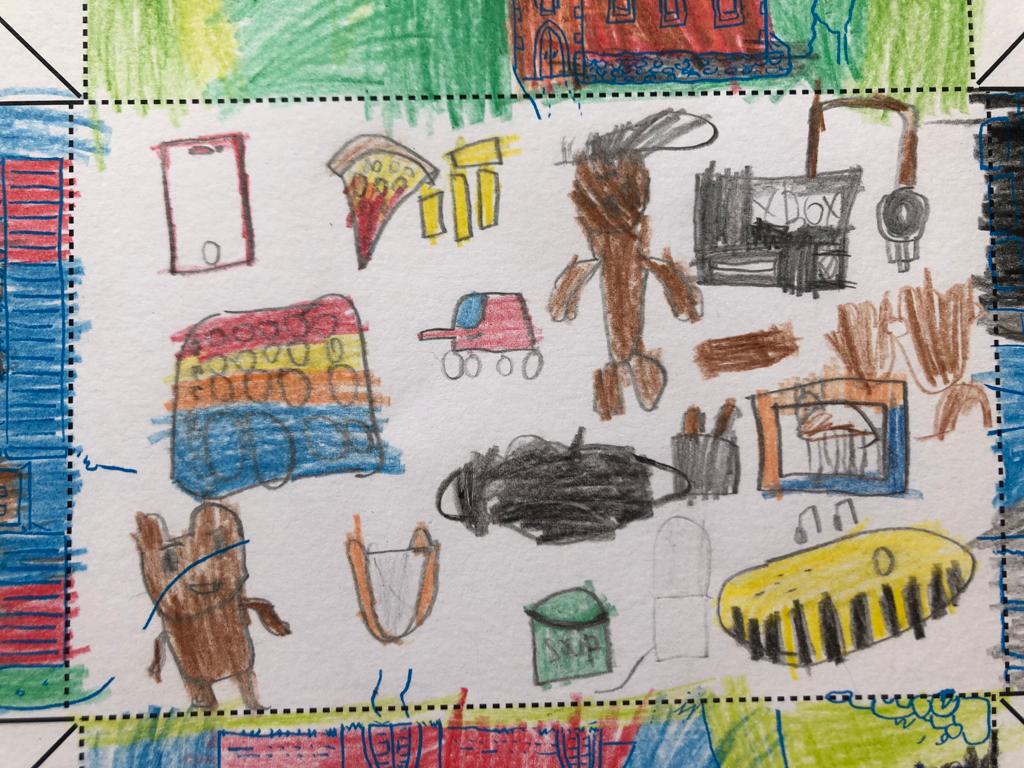 Here is a just a snapshot of the results....Rory in Year 3 said he'd take pizza and chips to remind him of home. A toy car, his teddy and a piano that his grandfather gave him (that he knows how to play).

Amos inYear 5 took a mostly technological approach. He thought he'd take a tape player, two USB sticks with photos and his laptop. But he also drew his cat and a photo book (2014-21) 'because you want to look at old photos', a diary and fountain pen - because he likes using a fountain pen when he writes.  We're rolling out more of these workshops over the next few months and will put this work on display.