A glimpse of Cornwall in the National Poetry Library 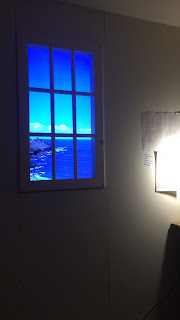 I'd never been to the National Poetry Library and didn't even know it was in the Royal Festival Hall. But it's worth a visit, particularly to see the current exhibition - a recreation of W. S. Graham's study, the poet who was based in west Cornwall and died in 1986.  Irritatingly, the exhibition is short of any biographical detail or explanation so I'm not quite sure where W S Graham lived (though a Google search says Madron).
But the study that's been recreated looks out on to Gurnard's Head, quite a view. And there is a lovely poem in memory of his friend, the artist Peter Lanyon (killed in a gliding accident), on the wall.
More here.


I called today, Peter, and you were away.
I look out over Botallack and over Ding
Dong and Levant and over the jasper sea. 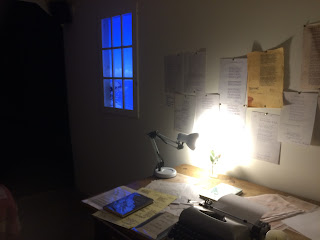 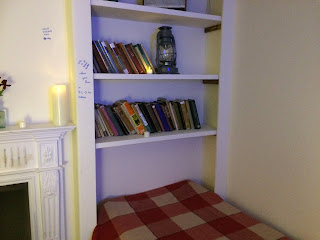