A lead crucifix at St Just 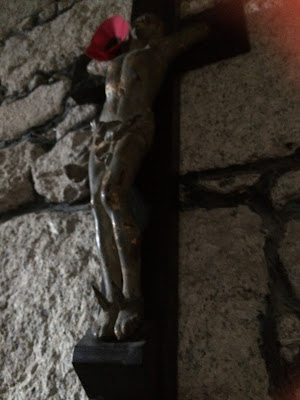 St Just (in Penwith) Church, Cornwall, has connections with the British Legion, I think. That's probably why it has a significant memorial to World War One - and this moving crucifix, found on 20 January 1917 at Rancourt by Lt Aubrey Hall of the Grenadier Guards. I haven't had time to research Lt Aubrey Hall but Rancourt was on the Somme.
Only a glimmer of sunshine in St Just - the depths of winter. Almost 101 years since that crucifix was found. 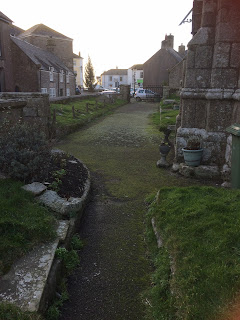