A war memorial in Bologna, Italy 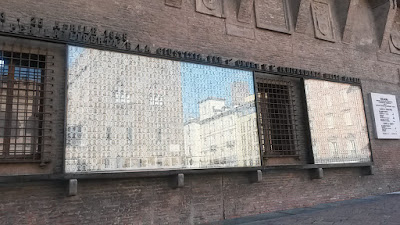 Ever since we've been working on Heart of Conflict (our project in west Cornwall looking at the legacy of World War One) I've been very conscious of war memorials.

This one - spotted in central Bologna last Sunday - is particularly poignant. It's a memorial to those who died in World War Two, particularly resistance fighters.
The photos and names are lined up in a grid: there are many women.
It made me wonder how Cornish war memorials would look - were there pictures. 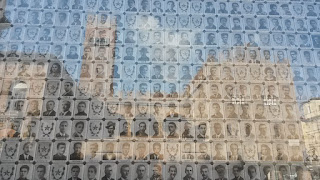 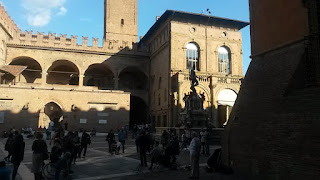 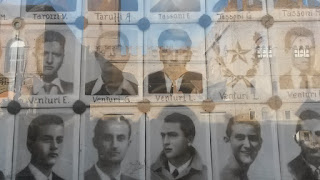 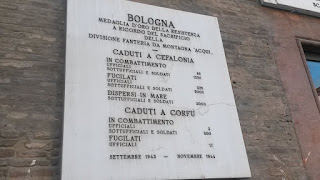 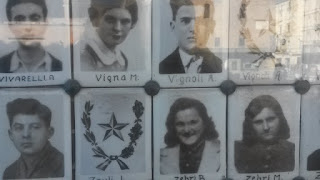