A visit to Beacon and photographs from the Front

A very exciting visit this afternoon to Beacon to visit Chris Negus, the grandson of Fred Negus who played in one of the three rugby matches on the Front - between Cornish and Devon soldiers.
Chris has photographs and also a bugle brought back from his grandfather from the war.
Fred Negus died in 1941 at the age of 58. He served in the Royal Army Medical Corps and was badly gassed: Chris believes this contributed to his relatively early death. 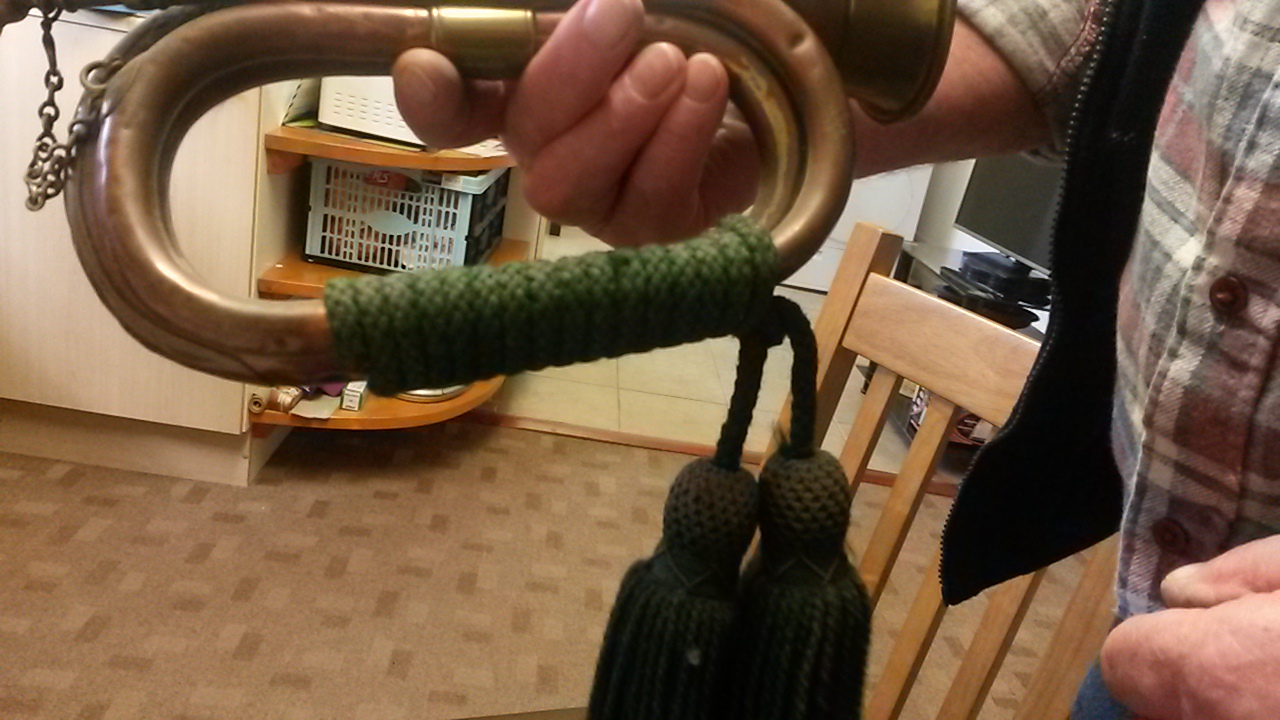 We will be displaying this bugle in our exhibition, Heart of Conflict, opening at the Cornish Studies Library, Redruth on February 17 2015.
Posted by Susan Roberts at Wednesday, February 04, 2015