Pulling in the crowds at Hayle's National Explosives Factory site

Local resident Peter Channon led a very-well attended tour of the National Explosives Factory site on Upton Towans, Hayle, last night (Wednesday 27 June). Around 60 people came along. It was great to see such interest in local history: a huge thank you to Peter for his research and enthusiasm - and to everyone who attended. This is part of our project Heroes of Hayle, marking the centenary of World War One in the town. 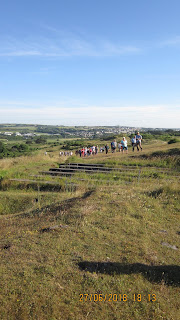 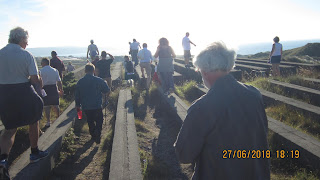 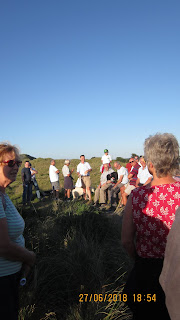 It was lovely to meet Marjorie Mortimer today (Monday 18 June) at Hayle. Marjorie – who unbelievably is 88 years old – is down on holiday from Bristol for a couple of weeks. She brought photos and information about her three great uncles who lived on Penpol Terrace, Hayle. All saw active service in World War One. What a remarkable story.
The visit was due to the power of Facebook: Marjorie had seen our posts on Heroes of Hayle, a project marking the centenary of World War One.
In the photo above is James Hampton, who was in the Battle of Jutland.  He was one of the lucky ones who survived: local historian Chris Berry says that on just one day of the battle (15 June 1916) three men from Hayle perished.
James, who worked in the ship’s engine room, survived but bore the mental scars. He was invalided out with what we now call Post Traumatic Stress syndrome. He married on his return and went to live in Camborne.

His brother, Howard (pictured with the third brother, Freddy) bore other scars from the war. When he was in the trenches, he and others were cleaning their rifles when the man opposite him accidentally fired his, grazing the side of Howard’s head. He had a scar there, and on  his wrist, for the rest of his life.
He returned to Penpol Terrace and became a postman later in his life. He never married and lived to the age of 80.
We don’t know much – yet – about the WW1 service record of the third brother, Freddy. On his return, he worked at the gas works in St Ives and was there when it was bombed in World War Two.
Chris Berry, who has done so much research on World War One in Hayle, is going to try and find out more.
All in all – a very enjoyable encounter and in one sense a happy story, in that all three brothers returned home.
Very many thanks to Marjorie for taking the time to come and see us and tell us about her family’s history.
Posted by Susan Roberts at Monday, June 18, 2018 No comments:

A blast at Bugle 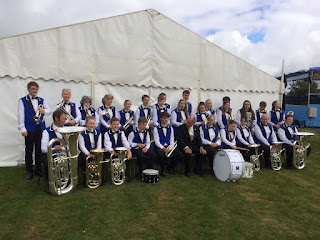 A lovely day yesterday (despite the drizzle) at the West of England Bandsmen's Festival in Bugle.
Very proud, as ever, of Camborne Youth Contesting Band.
We'll be travelling to France and the Menin Gate with this band in August to mark the end of World War One.
Click here to see the band marching...
Very many thanks to Sarah and Matt of Checkered Photography who came to take photos (not the one above, that's one I took on my phone).
Posted by Susan Roberts at Sunday, June 17, 2018 No comments:

One hundred people plus at World War One talk in Hayle 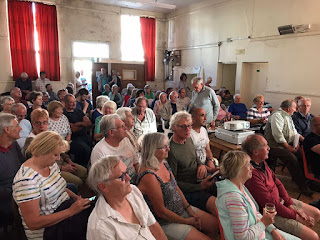 Fantastic to see so many people last night in Hayle, Cornwall, at Peter Channon's talk on the National Explosives Factory on Upton Towans. This was one of the most  important munitions factories in the UK in World War One but the site itself is little known.  People were clearly keen to find out more! We ran out of chairs.
This was part of our series of talks and events Heroes of Hayle,  marking the centenary of the end of the war.
Next up: Peter will be leading a walking tour of the factory site on Wednesday 27 June starting at 7pm by the old factory chimney.  All these talks and events are free, thanks to funding from the Heritage Lottery Fund.
Posted by Susan Roberts at Friday, June 15, 2018 No comments: 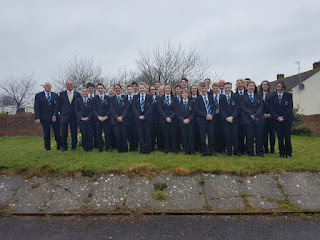 We are delighted to have received Heritage Lottery funding so we can work with Camborne Youth Band on a trip to the Menin Gate, Belgium, in August. This is part of our project, Heart of Conflict, marking the centenary of World War One in Cornwall.
The Band has been invited to play at the Menin Gate - a great honour.  And.... we have discovered that the great great grandson of Fred Negus, a Cornishman who was stationed in nearby Estaires (one of a group of Dolcoath miners), plays in the Band and has Fred's bugle.  Click here to listen to a recent interview about this on BBC Cornwall.
The Band will travel to Estaires before playing at the Menin Gate to lay a wreath on the local war memorial and play Fred's bugle back in the town 100 years on. The Band will also visit the grave of Thomas Penhorwood, a Newquay policeman who was killed in 1915.
This trip is packed with stories and coincidence.
The Cornishmen in Estaires were part of the 25th Field Ambulance (Royal Army Medical Corps). They had been in the St John's Ambulance at Dolcoath mine, and all signed up in 1914 at the start of the war.
We've discovered that these Cornishmen played three rugby matches at the Front in 1915 after Camborne Rugby Club sent out a ball.
Camborne Rugby Club will be sending out another ball, signed by members of the Devon and Cornwall teams, in August. We're planning to stage an exhibition at Heartlands, Pool, on its return to tell everyone back home about the trip.
Posted by Susan Roberts at Thursday, June 07, 2018 No comments:

In the beginner's mind there are many possibilities 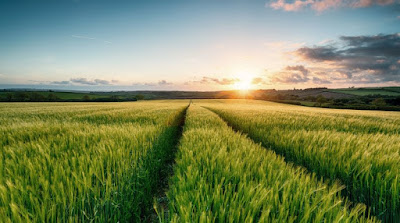 Love the idea of the Beginner's Mind - a concept from Zen Buddhism that I have managed not to know about - ever.
It's the idea that coming to something with a completely open mind - like a beginner in other words -  allows so much potential and creativity.

To quote Wikipedia, as it seems to sum this up pretty well:

"It refers to having an attitude of openness, eagerness, and lack of preconceptions when
studying a subject, even when studying at an advanced level, just as a beginner would."

And also Shunryu Suzuki, a Zen teacher who has written a book about this: