News of the campaign to save Southbank skateboarding

Spotted this sticker when walking across Vauxhall Bridge this morning - the campaign to save skateboarding on London's Southbank continues. The undercroft used by generations of skateboarders is under threat of development: there are plans to build shops and restaurants as part of a £120 million development. Skateboarders have been campaigning to stop the project ever since it was announced earlier this year. 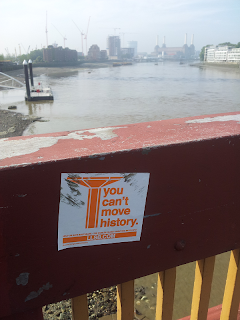 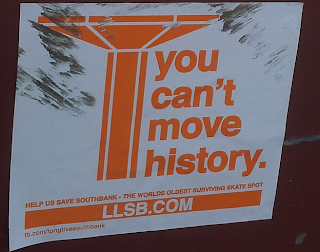 Later in the day, read in the Evening Standard that the campaign's bid to have the undercroft classified as a village green under the Commons Act 2006 was turned down today by Lambeth Council. The campaign continues: too many people care too much about the space for it to stop.

Skateboarding is central to many people's lives: we saw this in Whatever It Takes which was led by Nick Jensen.

An unexpected find on a Monday morning...

Reviewing projects over the past few years on embroidery and fabric, come across this short film we made to accompany A Stitch in Time, an exhibition we staged in Brent with Lorenzo Belenguer funded by the Heritage Lottery Fund in 2009. The images are a vivid testimony to the importance of the work.
Reading The Subversive Stitch by Rozsike Parker this morning: "Has the pen or pencil dipped so deep in the blood of the human race as the needle?"
Posted by Susan Roberts at Monday, September 23, 2013

A truly impressive and moving film last night at the Frontline Club, London - marking the end of several years' hard work by Kemal Pervanic.  Pretty Village is directed by David Evans and tells the harrowing story of the 1992 Kevljani massacre in Bosnia and its continuing effect on people's lives there. Kemal himself is a survivor of the notorious concentration camp, Omarska, where among his guards were former neighbours and teachers.

In May 1992, 6,000 Bosnian Muslim men, women and children were detained, tortured and raped in the cluster of villages around Kevljani. Many of these Bosniak were killed and 1,200 are still missing. In 2000 the first Bosnian survivors returned to Kevljani, where  they started to rebuild their homes and lives. Most Serb neighbours remain silent about the past and continue to fight against an initiative to erect a memorial even after the discovery of mass graves in the village.

In Pretty Village, Kemal Pervanic returns to his village. In one of the film's most extraordinary moments, in a school corridor he intercepts his former Maths teacher, who interrogated him in Omarska,  and asks him about what happened. Incredibly, a conversation ensures  - a discussion about events that are almost beyond belief.
Kemal helped with the very first Bridging Arts project, Crimson Harvest, which brought the work of Bosnian Serb artist Pero Mandic to the UK. He also helped to develop Srebrenica Now, showing photographs of Bosnian Muslims and Serbs living in Srebrenica ten years after the genocide.
Having the personal courage to confront these nightmares is inspiring to say the very least.
Posted by Susan Roberts at Saturday, September 21, 2013

Great to see Katherine Eves at the summer M.A. show at Camberwell College of Arts.  Katherine worked on our Stitch project with groups of Muslim women in Wandsworth. She also helped on the sewing circles and tea parties we trialled in Shepherds Bush at Trillington House, a residential home for the elderly.

A selection of work from her M.A in Book Arts: she researched these pincushions at the Women's Library - inspired perhaps by our visit there in 2010 to see an exhibition including a piece created by Chhaya Biswas in Stitch. 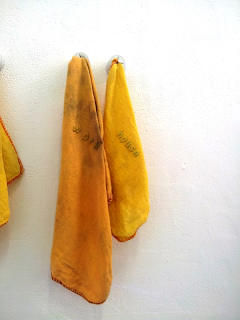 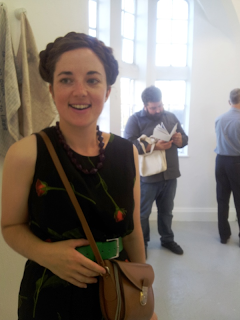 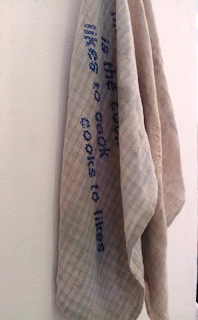 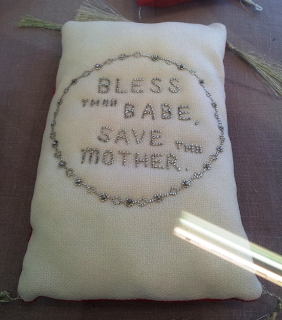 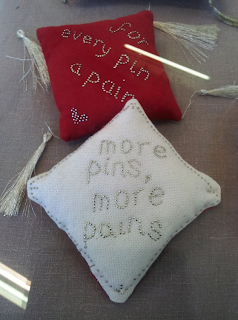 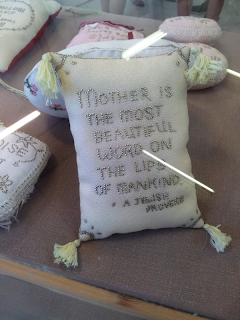 What's in the pipeline

A blog to throw a spotlight what's happening at Bridging Arts.

We've got the website, of course, as an archive of what we've done. And we'll still write separate blogs linked with individual projects, as they're useful ways of reporting on how things are progressing.


But there are many random connections that are so interesting.
For anyone who has come across this blog via the labyrinths of the internet - and incredibly might not have heard of Bridging Arts.... we try and tackle difficult issues in society through art, design and photography. The aim is to bring together people, communities and organisations that might otherwise never meet to engage in a project that creates something of value and stimulates debate.

We try and make a difference through action and arts-related activities.

We've worked with
- Claire Arymar, community worker at Park an Tansys, Camborne, apprentices at Cornwall Community Action Network, leading UK skateboarder Nick Jensen in Whatever It Takes
- socially isolated migrant workers in Cornwall in I Packed This Myself
- groups of Muslim women in London in Stitch
- British Asian communities across the country in The British Sari Story
- organisations in Bosnia and the UK working in the aftermath of the genocide at Srebrenica
- refugee artist Pero Mandic.