Embroidery exhibition at the Masbro Centre 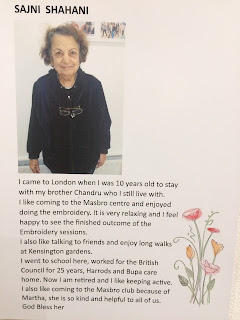 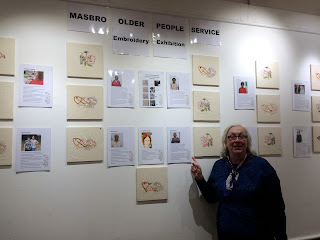 Great to visit the Masbro Centre today and see work done at our embroidery sessions on display. Katrina, who led workshops, is here pictured with people's work - and their stories.
Huge thanks to Katrina for doing such a wonderful job - and to Martha Romero who helped to organise the sessions. 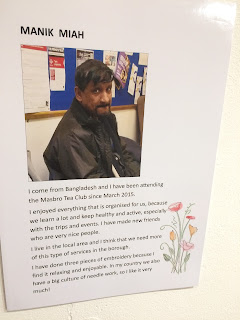 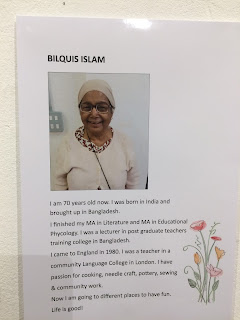 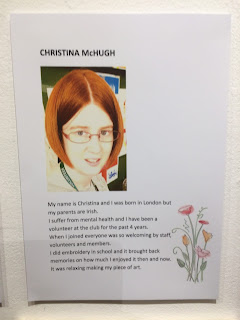 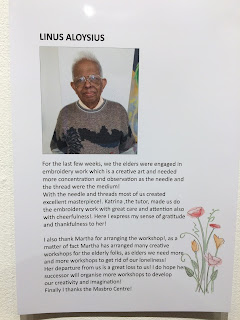 Quiller-Couch and World War One

Quiller-Couch was asked by Cornwall County Council to draft a resolution to mark the end of World War One - it was inscribed in stone as a memorial in what is now 'Old County Hall' (opposite the station in Truro).

The inscription recorded with gratitude the services of all who had helped in the War and commended 'to the remembrance of their countrymen all those who by payment of their lives have redeemed their country.'

Particularly poignant as Quiller-Couch had lost his only son, Bevil, in the War. Bevil fought through four years but tragically ded of fever after marching with his unit into Germany in February 1919.

More ironic, says Rowse: 'They thought that it had been "a war to end war" - and look around at the world since! The historian sees that 1914 initiated a century of war."

More about Cornwall in World War One at our exhibition Heart of Conflict, now open at the Royal Cornwall Museum, Truro.  The Q Fund, administered by the County Council has awarded small grants for literary projects and research in Cornwall since 1945.
Posted by Susan Roberts at Thursday, February 16, 2017